In a recent blog post, I discussed the challenges healthcare faces in trying to digitally engage patients across multiple generations. On one hand, the industry must embrace advanced technology to scale communications, improve efficiencies, and drive long-term value for everybody.

But on the other hand, new technology comes with a steep learning curve for users. For those that didn’t grow up in the digital age, the concept of using the internet or mobile apps to replace old ways of living can be daunting. This is especially challenging when dealing with things that are already complex, rarely fun, and necessary — like healthcare.

Too often, technology designers overestimate what users are willing to put up with. Just because you build it does not mean they will come. Healthcare IT must work for every demographic because everyone is a patient at some point. Asking a Medicare-age diabetic to use the same technology as a 26-year-old who sees a doctor once a year is not a great strategy.

Those born before 1985 spent a chunk of their life in an analog era — a time when there was no internet, no mobile phones, no Netflix, no Instagram, no laptops, no digital anything.

The Silver Generation, Baby Boomers, and GenX-ers weren’t exactly living in caves in the later half of the 20th century. Most homes had phones. Cable TV offered about 25 channels of low definition content for those who lived in urban areas. And some students took advantage of Texas Instruments pocket calculators to get through their Physics exams. The tech was less dazzling than we see today, but it worked because it was relatively straightforward to use.

Telephones were big, clunky devices that were designed to do one thing — make someone else’s phone ring and host a one on one audio conversation. Sometimes it would get answered, but not always. Capabilities such as caller ID and voice mail didn’t arrive until analog phones were nearly obsolete.

By the early 1940s, the ability to dial a number directly without human operator assistance became commonplace which launched the era of the dial tone. Without fail, when someone picked up the handset, that familiar dial tone sound was there and ready to receive the dial coordinates. It was reliable, always on, and just plain worked.

In North America, the phone dial tone consists of two simple tones with frequencies of 350 and 440Hz (which incidentally happen to be related by the musical interval of a major third).

Today, dial tone quality is often cited by technology companies as a standard for uptime, performance, and reliability of software or services. The dial tone quality concept even made a brief appearance in the 2004 science fiction film Day After Tomorrow. After Manhattan had been wiped out by a massive ocean wave, Jake Gyllenhaal was able to wade into the water and find a working payphone to place a call because the phone system ran on a different power source and was not reliant on the non-functioning electricity grid. They used that creative device for a reason. AT&T engineers likely scoffed at the concept, but the audiences mostly bought it because they all knew phones worked during power outages and storms, and rarely went down.

Long before the dial tone set the standard for telephone reliability, there were human operators sitting in front of a switchboard of plugs and wires. Humans were the precursor to automated phone exchange centers that housed massive arrays of switches and copper wire. In lower Manhattan, AT&T constructed a 50 story, windowless high rise to house all of the equipment, once known as the AT&T Long Lines Building.

It was all bleeding edge tech of the day that required massive capital to build and maintain, but it also worked. A nine-digit number was all that was needed to have a conversation, from all sorts of different locations.  It replaced human operators, and automated phone calls for everyone, regardless of age, education, income, or technical proficiency.

In many ways, healthcare still operates like AT&T did in the operator era. There are digital solutions such as websites, mobile apps, and e-mail, but none are simple and adoption is spotty. Inevitably, a human must get involved to complete most healthcare transactions. Process complexity often is already too high for “simple IT experiences” but tech complexity should not add more layers to an already daunting process.

The innovation that put the telephone in history books, the smartphone, has become something entirely more than just a better phone. The amount of capabilities packed into those tiny devices has rendered them a vital piece of daily life. Smartphones are steadily replacing the personal computer as the preferred consumer digital home base.

As great as the smartphone is, it does come with a fundamental problem. There are too many apps. Each year, consumers download more than 300 billion apps to handle just about anything imaginable. But each app is different, many require usernames and passwords, and most operate in a silo, disconnected from everything else.

In healthcare alone, there are more than 350,000 mobile apps available globally, yet half of all downloads were focused on just 110 of them. So, while the investments are being made, patients aren’t yet embracing the concept of mobile digital health. The reason is friction — most apps are still too hard to use. It’s still easier to use the phone — especially for older patient populations. This must change.

The economics of healthcare are forcing change in the way patients interact with providers. This does not mean an end to doctors and nurses. It does mean there must be a plan B for the massive amount of administrative overhead that comes with healthcare. As nice as it would be to have a dedicated human expert on call, 24x7 to provide white glove services, it’s not scalable and there’s no appetite to add even more costs to an already expensive system.

The smartphone is the best digital engagement platform for reaching patients. Penetration is at 86% and growing, people are addicted to their iPhones, and they increasingly use the devices to manage finances, shopping, and health.  But the prevailing engagement approach requires them to download an app, set up an account, create a secure password, and learn how to use the tool. And sometimes a patient needs multiple apps to support their care. It may be digital, but it’s too hard and therefore most patients still limp along in analog mode, spending hours on hold, filling out paper forms, and often giving up.

Advances in conversational technology may finally solve the friction problem. What if the smartphone could simply use language to communicate with patients? Through messaging, a simple text can perform countless redundant tasks that don’t require a human. Things such as appointment scheduling, reminders, FAQs, updates, forms, data collection, and check-ins are already being handled by conversational assistants.

In many ways, using messaging and voice capabilities of any smartphone can turn that device into a dedicated, always on, trusted digital assistant for healthcare. The need for human teams does not go away, but rather those professionals are freed up to handle the higher-end edge cases, while an electronic army of helpers make things easier for millions of patients who are just trying to complete various related tasks.

Imagine picking up a smartphone and having a reminder notification about an upcoming appointment, along with instructions, an opportunity to take care of any check-in work in advance, and an offer to summon a rideshare driver to take you there. Like in the days of picking up a phone to place or receive a call, there’s nothing to download or log into. Simple and easy. That’s the path to the kind of mass digital engagement the healthcare industry so desperately needs. 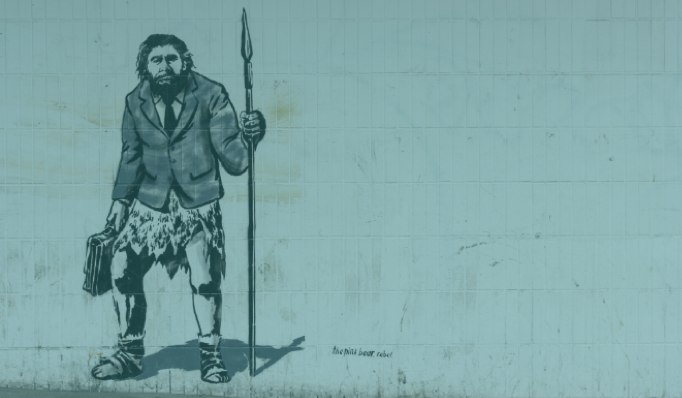 The Prescription Patient Support Math Problem: Can You Spare 44,000 Years to Help Everyone Out?